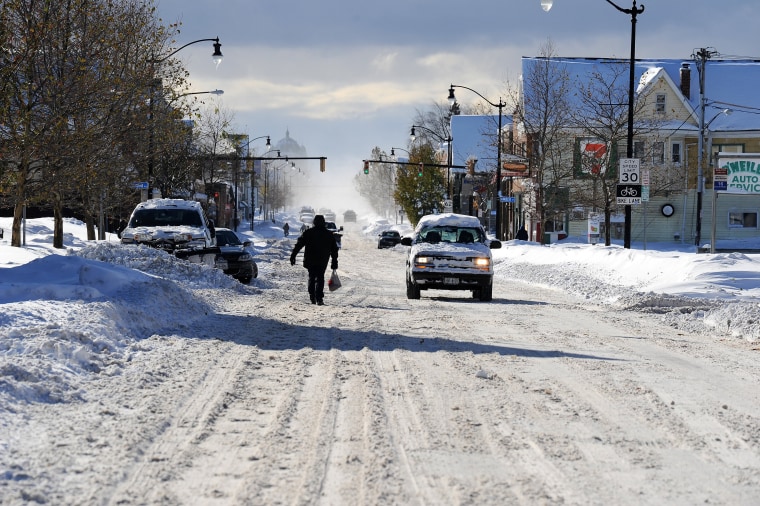 A city employee in Buffalo, New York, was fatally hit while helping clean up record snowfalls on Wednesday, officials said.

City workers had worked around the clock this week after the Buffalo area was hit by a storm that threw over 6 feet of snow in some areas before tragedy struck.

The worker was fatally hit Wednesday at 11:15 a.m. in the McKinley Parkway area of South Buffalo by an uploader that threw a load of snow onto a garbage dump truck backwards, said Joseph Gramaglia, Buffalo Police Commissioner, at a news conference Wednesday.

He said the city left behind “heartbroken” and that the Buffalo Police Department’s accident investigation unit is currently investigating exactly what happened.

The mayor added that the driver who hit the victim is “in shock” and is cooperating with the investigation.

According to Brown, the vehicle involved in the accident was a third-party vendor that the city had hired to help with snow removal. Inspections of the vehicles involved are also carried out by the police.

Brown noted that 180 heavy equipment was active on Wednesday to fetch snow from South Buffalo, and the city’s workers worked long shifts, many working with little sleep to clear the roads.

He announced a 48-hour suspension of snow removal work from Wednesday evening.