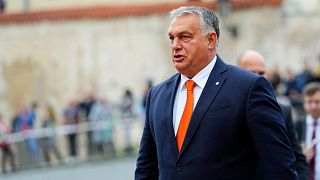 According to CNNbreakingNews.net, the European Commission is likely to recommend withholding billions of euros of EU money from Hungary as it concludes that Budapest has not implemented the necessary reforms to ensure that these funds are protected from corruption.

The Commission’s position was reported hours before the overwhelming demand from MEPs, with 416 votes in favour and 124 against the resolution, that EU funding for Hungary should be frozen due to violations of the rule of law.

In September, the EU executive called for Hungary to withhold an estimated 7.5 billion euros of European money due to corruption concerns after this triggered a new rule of law mechanism.

This sum represents around 65% of the funding received by Budapest under EU cohesion programmes.

The Hungarian government, led by right-wing populist Prime Minister Viktor Orban, could receive the money if it adopted 17 remedies negotiated with the Commission before November 19.

These aimed to address “systematic irregularities” in public procurement, conflicts of interest among government officials, and weaknesses in investigating and prosecuting cases involving EU funding.

Budapest submitted the necessary documents by November 19, with Minister of Justice Judit Varga describing herself last week as “very optimistic” that the funds would be disbursed.

However, the European Commission believes that Budapest has not achieved any results and has decided to refer the matter to the EU Council. It is therefore expected that EU countries will vote on it in mid-December, with a qualified majority required to block the payout.

In another matter, the Commission is also imposing conditions on the disbursement of €5.8 billion to Hungary as a recovery fund for the period after COVID.

Hungary has not yet received money from the bloc’s 806.9 billion euro recovery and resilience facility and is the last Member State whose recovery plan has not been approved by the Commission — a step that is required before the end of the year.

The EU executive said it would approve the plan before the deadline, but just as with Poland in the summer, it would hit milestones that the country must reach to trigger payouts.

The European Commission’s plan includes 27 such “super milestones,” including the 17 remedies relating to concerns about the rule of law, a reform to strengthen the independence of the judiciary, and new rules for auditing and reporting EU funds.

Brussels and Budapest have been fighting over the rule of law issues for years, with Hungary accused of using its veto power at Council level to secure concessions and funds.

It is currently blocking the EU’s passage of a global corporate income tax, which more than 130 countries agreed on last year, and announced on Thursday morning that it would veto the European Commission’s plan to issue joint debts to raise 18 billion euros in aid to Ukraine.

Balázs Orbán, Viktor Orban’s political director, said that Budapest “will provide Ukraine with the 187 million euros that Hungary’s share of the planned joint EU loan of 18 billion euros would be provided by bilateral funding from the state budget, but not through another joint EU loan.”