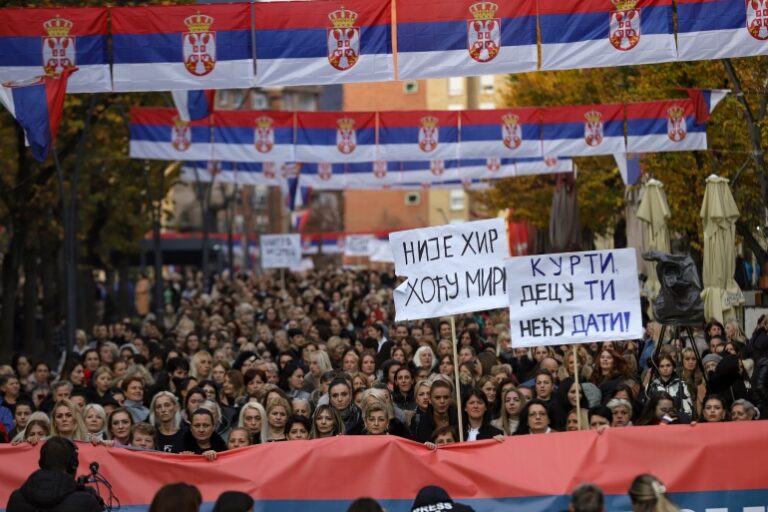 Kosovo and Serbia have agreed to end a long-lasting dispute over license plates, which the European Union had warned could trigger ethnic violence.

“We have a deal,” Borrell said.

“I am delighted to announce that Kosovo and Serbia’s chief negotiators have agreed on measures to prevent further escalation as part of EU support,” he said.

Serbia and Kosovo, which declared themselves independent of Belgrade in 2008, will now focus on an EU proposal to normalise their relations, Borrell said.

Kosovo’s declaration of independence is recognized by around 110 countries, but not by Serbia, Russia, China and five EU member states.

The latest dispute between the Western Balkans’s neighbors broke out after the government in Pristina tried to require its Serbian minority to change car license plates from before 1999, when Kosovo was still part of Serbia.

But the Serbs in northern Kosovo, who refuse to recognize Pristina’s authority and still regard themselves as part of Serbia, have resisted the ban, sometimes violently.

As a sign of disobedience, nearly 600 police officers from the Serbian minority in Kosovo, followed by judges, prosecutors and other state employees, quit their jobs earlier this month.

Despite the fierce protests, Kosovo Prime Minister Albin Kurti insisted that the plan be implemented before announcing on Tuesday that he would postpone it for two days after coming under pressure from the United States.

The dispute has also set off alarm bells in the EU, which has mediated talks to normalise relations and wants both sides to withhold provocative gestures.

Borrell had said on Monday, after receiving Kurti and Serbian President Aleksandar Vucic in Brussels for negotiations on the issue, that Vucic was ready to accept a compromise but Kurti was not.

Kurti accused Borrell of focusing exclusively on license plates instead of completely normalizing relationships between neighbors.

Vucic said Kurti was responsible for the failure of the meeting.

On Twitter, Borrell said on Wednesday that the agreement reached by both sides had led Serbia to stop issuing license plates with markings referring to cities in Kosovo, and Kosovo “would stop further measures related to the re-registration of vehicles.”

Borrell added that in the coming days, he would invite both parties to discuss an EU proposal, which is also supported by France and Germany, and will allow enemies to normalize relations.

“The two parties, with the support of the EU, have taken a major step forward today to ensure peace and stability across the region,” said Ned Price, US State Department spokesperson.

“We also praise the agreement between the two countries to focus fully and urgently on normalizing relations as part of the dialogue supported by the EU,” he added.

The issue of Kosovo’s independence sparked a war between 1998 and 1999, in which around 13,000 people died. Serbia launched a brutal crackdown to contain a separatist uprising by the ethnic Albanians in the territory.

The Security Alliance still has around 3,700 peacekeepers on the ground to maintain the fragile peace.