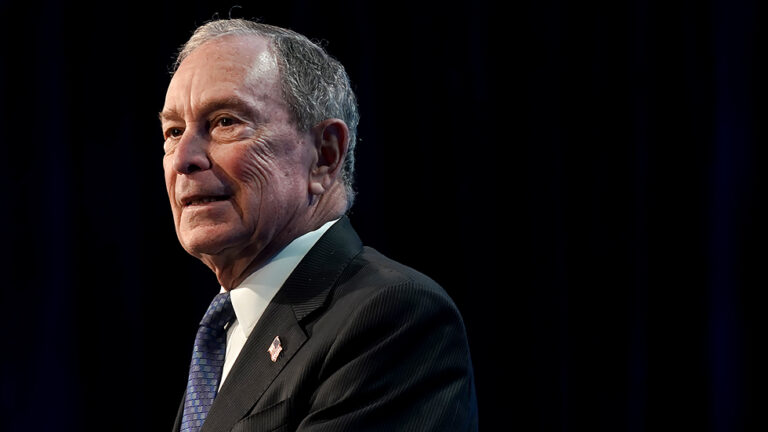 Former New York City Mayor Michael Bloomberg is launching an $85 million campaign to curb the spread of petrochemical and plastic pollution across the country, his philanthropic foundation said on Wednesday.

The so-called “Beyond Petrochemicals” initiative aims to “strengthen existing efforts by frontline communities to block the expansion of more than 120 planned petrochemical projects” in Louisiana, Texas and the Ohio River Valley, according to a statement from Bloomberg Philanthropies.

Such an expansion of fossil fuels would double emissions generated by the petrochemical and refining industries to 15 percent of the US carbon budget and prevent the country from meeting international climate commitments, the foundation warned.

“Petrochemical plants are poisoning our air and water — killing Americans and harming the health of entire communities,” the former mayor said in a statement.

“Communities across the country are standing up to face the petrochemical industry and defend their right to clean air and clean water,” he added.

The Beyond Petrochemicals campaign is based on Bloomberg’s Beyond Coal and Beyond Carbon initiatives, which aimed to close coal-fired power plants and facilitate the global transition to clean energy.

Bloomberg’s new initiative will not only block the expansion of planned petrochemical projects, but will also promote stricter rules for existing plants, according to the foundation.

According to the announcement, the initiative’s partner organizations include Beyond Plastics, the Bullard Center at Texas Southern University, Defend Our Health, Earthjustice, Earthworks, Hip Hop Caucus, Louisiana Bucket Brigade and Rise
St. James.

In response to Bloomberg’s announcement, the American Chemistry Council (ACC) — a US chemical and plastics trade group — stated that the campaign was being launched “due to unfounded environmental concerns.”

“Everyone has a basic human right to clean air and water, as well as access to energy sources that help create a cleaner, healthier and safer future,” Chris Jahn, president and CEO of ACC, said in a statement.

“With more than 135,000 employees in Texas, Louisiana, and Ohio, employees at ACC member companies are also members of the community,” Jahn continued, noting that these employees are committed to protecting these resources for their families and neighbors.

stressed that “chemistry is the most important element for the transition to renewable energy and the fight against climate change,” Jahn said that the solutions developed by the chemical industry “point the way forward.”

Welcome to Equilibrium, a newsletter that follows the growing global battle for the future of sustainability. We are Saul Elbein and Sharon Udasin. Send us tips and feedback. Subscribe here

Today we’ll visit Tasmania, where first responders are fighting to save hundreds of stranded whales. Then: a look at the latest children’s products with “Forever Chemicals” and the arsenic problem that plagues Californian prison water.

In dangerous waters, a rush to save stranded whales

First responders are trying to rescue 230 pilot whales that ran aground on a remote Australian beach on Wednesday morning, while scientists are struggling to figure out why the mass strandings are happening again and again.

Dangerous rescue: The rescue is disrupted by harsh sea conditions in this part of the island state of Tasmania off the coast of mainland Australia, the New York Times reported.

“Because of the waves, they are being washed further and further up the beach,” local captain Sam Gerrity told The Times.

A gloomy anniversary: The catastrophic navigation error of the pilot whales on Wednesday came exactly to mark the two-year anniversary of Australia’s worst stranding, with 470 pilot whales running aground in the same port, according to The Associated Press.

This time, “you simply can’t bring a boat in, it’s too flat, much too rough,” added Kringle.

Aggravating disposal: Within a few days, the bodies of dead whales will burst and pull sharks and leach oil into the water in the long term, the Times reported.

According to the Times, pilot whales are particularly susceptible to mass stranding for reasons that are poorly understood.

Follow the leader: These strong community ties are proving deadly in Tasmania, the Times reported.

No clear cause: The fact that two such strandings took place on the same day two years apart could point to an environmental cause, Pirotta told the Times.

European steel and chemical manufacturers are moving to the United States both to secure access to relatively cheap gas and to take advantage of a stimulus package, the Wall Street Journal reported.

The Democrats’ climate and health bill, which passed in August, offers significant tax credits to companies that want to either decarbonize or produce fuels such as hydrogen or ammonia, according to the Journal.

One obvious step: For energy-intensive products, “it’s a piece of cake to do this in the United States,” CEO Ahmed El-Hoshy of OCI NV told the Journal.

Relocating production, not gas: Essentially, the decision of European companies to carry out offshore production to the US is part of the same efforts for cheaper energy, which is prompting the continent to invest billions of euros in new liquefied natural gas (LNG) terminals.

However, a factory expansion in the US allows European companies to essentially avoid the need for gas imports by moving to where the energy is, the Journal reported.

How long is that going to take? Many companies are waiting to see what winter brings, the Journal reported.

a new study, millions of students in the USA and Canada are exposed to toxic “Forever Chemicals” due to the uniforms they wear every day.

Stain resistant, with one snag: Exposure to these compounds — also known as per- and polyfluoroalkyl substances (PFAS) — lies in the “stain-resistant” technology, which is often marketed as an advantage in these substances.

What are PFAS again? These are cancer-related compounds with a distinct ability to persist in the human body and the environment.

Is anything being done about it? Both New York and California recently introduced bills that would phase out PFAS made from textiles, including school uniforms, the authors noted.