An unexpected winner in the midterm elections: public health 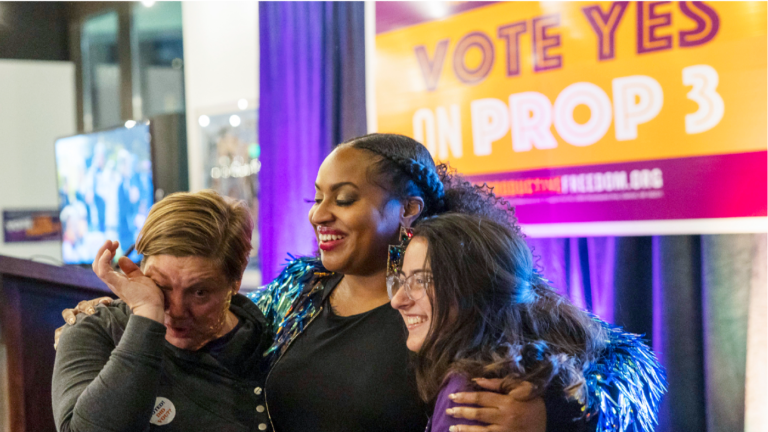 Public health was on the ballot last week — and it won.

I’m not talking about specific candidates, as important as these races are. I’m talking about the ethos of public health — the principle that health is a fundamental human right, and the understanding that we must look out for each other to think not only of our own wellbeing but also of the common good.

This ethos has been in retreat over the last two years and has been repulsed by the forces that proclaim that individual freedom trumpes everything. At one of many low points, demonstrators had targeted a breast cancer clinic in Los Angeles because they needed masks to protect their patients. Many of them had weakened immune systems as a result of chemotherapy and were therefore at higher risk of COVID. This failure of empathy was profoundly disheartening.

But while following last week’s election results, I’ve found plenty of reasons for optimism. In blue and red states, voters made decisions that reflected care and concern for their fellow citizens. Time and again, they voted to protect public health. Continuing this trend, voters also chose to use government levers to give dignity to people in dire circumstances such as extreme poverty, crushing indebtedness, and imprisonment.

The most famous examples of public health successes are the abortion referendums. Voters in California, Michigan, and Vermont supported women’s right to vote. In conservative Kentucky and Montana, too, advocates of abortion rights achieved clear victories in electoral measures. This clear victory for reproductive freedom in the midterm elections follows an overwhelming victory by abortion rights advocates in a nationwide referendum in Kansas in August. These successes are critical to public health because abortion restrictions threaten women’s lives, health, and economic future and are particularly dangerous for low-income and women of color.

In another major public health victory, voters in South Dakota decided decisively to expand their eligibility for Medicaid using a ballot measure to make it easier for the working poor to access healthcare when their lawmakers refused to do so. The extension will take effect next summer and offer subsidized insurance to 40,000 low-income adults. Many of these men and women will soon have access to prevention and treatment for chronic conditions, in some cases for the first time in years. This measure will undoubtedly save lives.

In Oregon, meanwhile, voters approved a ballot measure that makes the state the first in the US to guarantee residents access to “cost-effective, clinically appropriate, and affordable” healthcare. This measure effectively enshrines healthcare as a human right — a principle that shouldn’t be revolutionary, but that was never incorporated into the fabric of our nation. It’s not yet entirely clear how it should be implemented, but I’m happy to see the first steps in the US toward recognizing a basic right to healthcare.

Voters in Oregon have also adopted one of the strictest gun safety measures in the US. It requires federal verification and gun safety training for all gun purchases, as well as a police-issued permit, which can be renewed every five years. That, too, will save lives.

Elsewhere in the midterm elections, voters in Arizona overwhelmingly supported a ballot to restructure debt collection and limit interest rates on medical debts, which has become a huge burden for far too many families. Alabama, Oregon, Tennessee, and Vermont banned forced labor for prison inmates, thus restoring a measure of dignity and autonomy. And in California, voters overwhelmingly supported a ban on all flavored tobacco products in the state — a measure to protect young people interested in flavored vape products.

But when I question these results, I’m encouraged. All too often in recent years, it has seemed as though a “everyone for themselves” ethos prevailed across the country. However, these interim results show that voters judge politics from a perspective of empathy.

The results of these ballot measures suggest that a majority of voters, in both red and blue states, believe the government is committed to protecting the health and wellbeing of the most vulnerable among us. That is the essence of public health. It is also the only way to build a resilient economy and a successful civil society.

The task that belongs to all of us now is to turn this moment into a movement. A few weeks ago, I would not have predicted that the midterm elections would be the model of a reinvigorated public health ethos in the US. Now I’m optimistic that this could be the case.

We can build a future with health, dignity, and justice for all. Voters have shown that they have the will. Let’s work together along the way.

Michelle A. Williams is dean of the faculty at Harvard T.H. Chan School of Public Health.