According to the coast guard, more than 100 people were rescued from an overloaded sailboat before it hit the Florida Keys sandbar 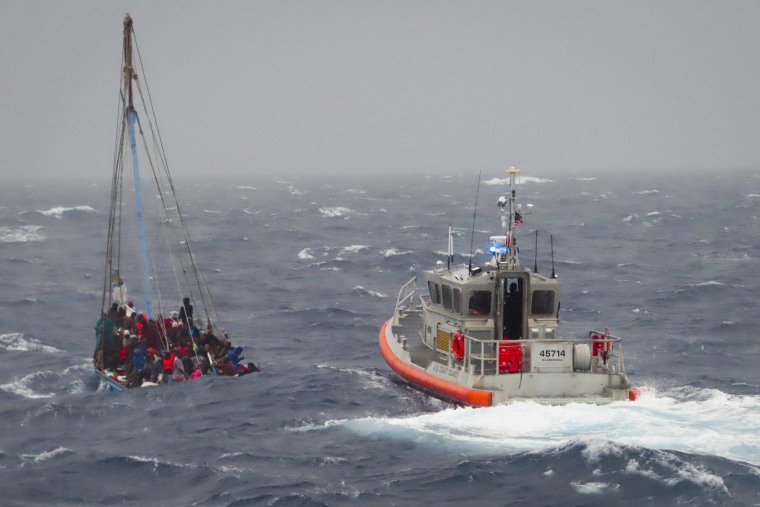 More than 100 people were rescued from an overloaded sailboat before it hit a sandbar in the Florida Keys on Monday, the US Coast Guard said.

A Good Samaritan reported the ship to Key West guards at around 5 a.m. local time, tweeted the 7th District of the Coast Guard.

Crews responded to the incident off Rodriguez Key after receiving “reports of people in the water,” the tweet said.

They faced “6-10 feet of ocean and 25 mph winds to safely remove people from the ship,” the Coast Guard said.

The rescue operation seemed like a hours-long endeavor. Officials said the weather and rough seas presented “a challenge.”

According to the coast guard, 22 people were initially rescued from the congested sailboat.

This figure was later revised to more than 100 people and it was said that dozens had been saved before the ship could hit the sandbar off Whale Harbor. The nationalities of the people aboard the ship were not immediately clear early Tuesday morning.

The rescue comes as Coast Guard told Southeast that it was suspending the search for potential survivors after a homemade ship carrying migrants from Cuba capsized near the Florida coast over the weekend.

It was assumed that there were a total of 19 people on the ship, said Nicole Groll from the Coast Guard in the 7th District.

Six people died, nine were rescued and four were disregarded, who are believed to have drowned immediately, Grull said on Tuesday.

“Our condolences go out to the family and friends of those who were presumably lost at sea,” Commander Richard Armstrong, Deputy Sector Commander for the Key West Coast Guard Sector, said Monday evening in a statement announcing the cessation of the search for survivors.