Accelerated expansion of clean energy could reduce the impact of associated emissions: study 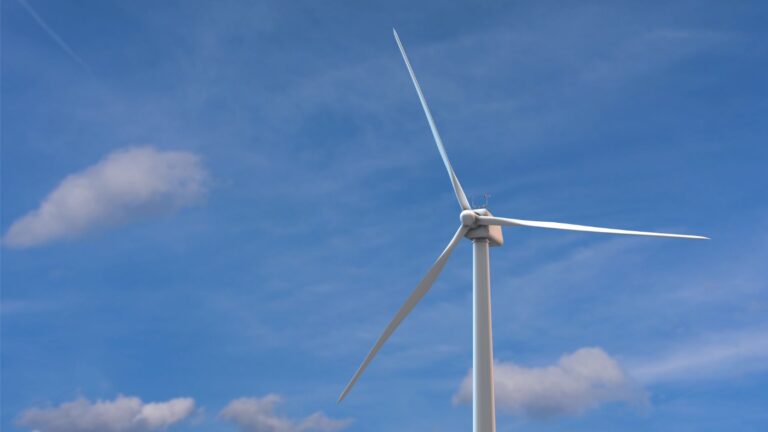 Building green energy plants can cause significant CO2 emissions, but building them quickly could negate most of these negative effects, a new study found.

Building wind turbines, solar panels and other infrastructure comes at a price: Using the same fossil fuels they replace, wrote the study authors.

However, according to the study published in the Proceedings of the National Academy of Sciences on Monday, a rapid expansion of these technologies could help reduce emissions dramatically.

more renewable energy would supply the grid with electricity early on, less fossil fuels would drive the transition to clean energy, the scientists found out.

“The message is that rebuilding the global energy system will require energy, and we need to take that into account,” lead author Corey Lesk, who conducted the research as a doctoral student at Columbia Climate School, said in a statement.

Lesk and his colleagues drew their conclusions by calculating the potential emissions caused by energy consumption in mining, manufacturing, transportation, and construction of solar parks, wind turbines, and the more limited infrastructure required for geothermal and other energy sources.

Previous studies have predicted that the cost of such new infrastructure would amount to around $3.5 trillion a year by 2050 to achieve net-zero emissions, or around $14 trillion for the US as a whole, according to the researchers.

However, Monday’s study, they explained, is the first to forecast these greenhouse gas costs.

If the current slow pace of renewable infrastructure production continues and would result in warming of around 2.7 degrees Celsius (4.9 degrees Fahrenheit) by 2100, these activities would generate 185 billion tons of carbon dioxide within the same time frame, according to the study.

This amount would be equivalent to around five or six years of current global emissions, the authors explained.

However, countries could cut these emissions in half, to 95 billion tons, if they built the same infrastructure quickly enough to limit warming to 2 degrees Celsius (3.6 degrees Fahrenheit), the scientists found.

World heads of government agreed at the 2015 United Nations Climate Change Conference in Paris to remain below this 2 degrees Celsius mark.

Even better results could be achieved if countries produced infrastructure quickly enough to keep warming below 1.5 degrees Celsius (2.7 degrees Fahrenheit) — a more ambitious goal that the Paris delegates said they wanted to achieve.

According to the study, such an expansion would only cost 20 billion tons by 2100, which corresponds to only about six months of current global emissions.

While stressing that such efforts would bring significant benefits to the planet, authors acknowledged that their emission estimates are likely to be quite low.

They did not consider the materials required to build new power transmission lines or batteries for storage, nor the costs of replacing internal combustion engine vehicles with electric vehicles.

The authors also stated that they focused only on carbon dioxide emissions, which cause about 60 percent of warming today, and not on emissions of other greenhouse gases, such as methane and nitrous oxide.

Other effects of the clean energy transition could also be significant, but remain difficult to quantify, the scientists stressed. Many necessary raw materials could come from previously untouched places, while solar and wind farms would consume large plots of land, they added.

“We are setting the lower limit,” said Lesk.

“The ceiling could be much higher,” he added, but noted that “the result is encouraging.”