A Russian man can remain in the EU despite refusing asylum to receive medical cannabis, court rules 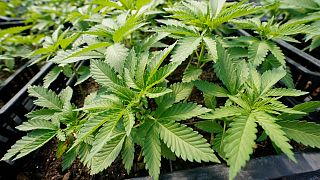 A Russian man who is being treated with medical cannabis cannot be removed from the Netherlands despite a rejected asylum application because the drug is not available in his home country, the European Court of Justice ruled on Tuesday.

The man contracted a rare form of blood cancer at the age of 16 and is currently receiving medical treatment in the Netherlands, which includes medical cannabis, to alleviate his pain.

He had filed a number of asylum applications in the Netherlands, but his last was rejected in 2020.

“He believes that he should be issued a residence permit, or at least his deportation postponed,” as he “would no longer be able to live a decent life if this treatment were stopped,” the EU Supreme Court said in a statement.

The court ruled that EU law prevented countries from returning non-EU citizens who are illegally staying in the block if they “have a serious illness” and if returning the person to their country would result in a “rapid, significant and lasting increase” in pain.

The court stated that two conditions must be met: that pain treatment cannot be carried out in the host country (in this case Russia) and that the absence of treatment would result in “pain of such intensity as to be human dignity.”

According to the reference for a preliminary ruling filed in February 2021, the Russian had stated that medical cannabis treatment could reduce pain by around 70%.

He said that without cannabis, he “couldn’t sleep or eat because of the pain,” which would make him “depressed and suicidal.”

“Failure to alleviate pain would therefore result in a short-term medical emergency,” the application for decision continues.