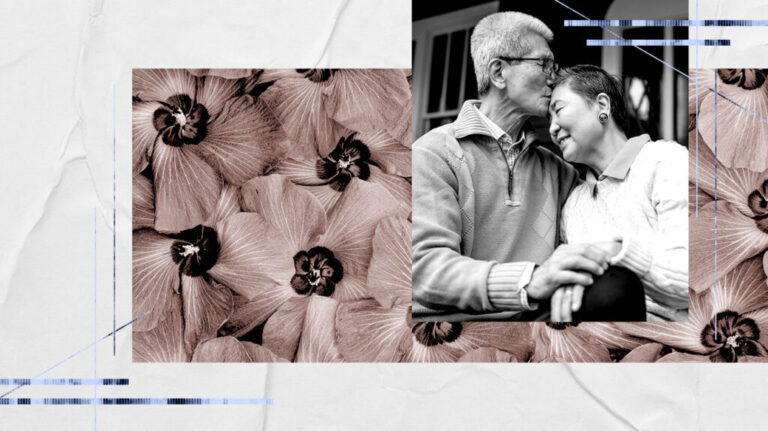 In the absence of effective treatments for Alzheimer’s disease, current forecasts suggest that the number of people in the United States living with this neurodegenerative disease could more than double by 2050.

This highlights the urgent need for novel, effective treatments for Alzheimer’s disease.

A recent study in mice, the results of which were published in the journal Alzheimer’s Research & Therapy, suggests that gossypetin, a compound derived from the flower of the Roselle plant, a type of hibiscus, may be promising as a therapeutic agent against Alzheimer’s.

The synthesis of beta-amyloid Alzheimer’s disease

is characterized by deficits in cognitive functions, including memory, thinking, and thinking, which gradually worsen over time. These cognitive deficits are associated with the formation of aggregates of misfolded beta-amyloid protein.

Researchers have hypothesized that beta-amyloid oligomers are responsible for neuronal damage and loss of synapses, the sites where neurons connect and communicate with each other, seen in Alzheimer’s disease.

Given the role of beta-amyloid accumulation in the development of Alzheimer’s disease, scientists have developed drugs that target signaling pathways involved in the production of this protein.

However, most drugs aimed at the synthesis of beta-amyloid did not show sufficient clinical efficacy.

In addition to the production of beta amyloid, studies suggest that impaired removal or clearance of beta amyloid may also contribute to the accumulation of this protein. As a result, there is growing interest in developing therapies, including antibodies, that facilitate the removal of beta-amyloid plaques or oligomers.

There are several different mechanisms for getting rid of beta amyloid, including degradation by enzymes or by transport to the periphery.

Glial cells, which are the most important cell type in the brain besides neurons, play an important role in the removal of beta-amyloid.

For example, astrocytes and microglia, i.e. types of glial cells, secrete enzymes that can break down beta-amyloid. Additionally, microglia and astrocytes can engulf damaged cells, debris, and misfolded proteins such as beta amyloid through a process called phagocytosis.

Therefore, drugs that facilitate the excretion of beta amyloid by glial cells could potentially serve as disease-modifying drugs for Alzheimer’s disease.

Effects of gossypetin on beta amyloid

In the present study, the researchers investigated the effect of gossypetin, a flavonoid found in part of the hibiscus flower, on the production and clearance of beta-amyloid.

To study the effects of this flavonoid, the researchers administered either gossypetin or vehicles to 5xFAD mice daily for 13 weeks. The 5xFAD mice treated with gossypetin had lower deficits in spatial learning and memory than the animals treated with vehicles.

The beta-amyloid protein — as monomers — occurs in various forms of varying lengths, although certain forms are more likely to form toxic aggregates. In the present study, researchers found that gossypetin lowered levels of all forms of beta-amyloid.

The lower levels of beta-amyloid observed in the brains of 5xFAD mice treated with gossypetin were not associated with changes in the enzymes involved in the production of beta amyloid.

These results suggest that the improvements in cognitive function in the mouse model of Alzheimer’s disease due to gossypetin treatment were likely mediated by modulating clearance rather than synthesis of beta-amyloid.

Gliosis, in which astrocytes and microglia are activated and multiplied in response to brain cell damage, is a hallmark of Alzheimer’s disease. In the present study, treatment with gossypetin reduced gliosis in the hippocampus and cortex of 5xFAD mice.

These results suggest that gossypetin treatment increased the phagocytic activity of microglia to facilitate the excretion of beta amyloid.

The researchers found that they could not study the effect of gossypetin on the function of astrocytes and neurons because of the specific techniques used in the study. In other words, gossypetin could not only modulate the phagocytic activity of microglia but also improve cognitive functions through other mechanisms.

Prof. Kyong-Tai Kim from the Department of Life Sciences at Pohang University of Science and Technology in the Republic of Korea, one of the authors of the study, states: “We have confirmed that the

Removal of [beta-amyloid] aggregates deposited in the brain is effective in preventing and treating dementia. Gossypetin from hibiscus will contribute to the development of a safe and affordable medicine for patients with [Alzheimer’s disease].”

Dr. Raymond J. Tesi, president, CEO, and acting CMO of InMune Bio, a clinical-stage immuno-oncology company, told Medical News Today that “[g] ossypentin is an antioxidant,” and that “antioxidant therapy is one of the therapeutic strategies other than amyloid” that exist.

“In the world, with the exception of amyloids, each of these ’causes’ of [Alzheimer’s disease] must be tested,” Dr. Tesi emphasized. “Gossypentin now has evidence that it works in animals. With a bit of luck, the drug will be tested on humans. Only then will we know if there is a “new kid on the block”!

How accurate are the results?

These experiments were conducted in a mouse model of familial Alzheimer’s disease, which accounts for less than 5% of all Alzheimer cases.

The remaining overwhelming majority of Alzheimer’s cases occur sporadically, meaning they occur in individuals with no family history of Alzheimer’s disease and are likely caused by an interaction between genetic and environmental risk factors.

Dr. Wolfgang Streit, a neuroscientist at the University of Florida, who was not involved in the current study, warned that the study results may not be generally applicable.

“The data were generated in highly artificial model systems that do not mimic the pathogenesis or progression of human Alzheimer’s disease. Conclusions are therefore not justified. Any effects on treatment in humans are speculative,” he warned.

He also doubted the idea that beta-amyloid is the main cause of Alzheimer’s, which in turn could mean that researchers aren’t developing the most helpful therapeutics:

“Forty percent of normocognitive older people [older people with normal cognitive function] die with amyloid in their brains. Amyloid is not the be-all and end-all of [Alzheimer’s disease]. If this were the case, any clinical trial using a therapeutic anti-amyloid antibody would have helped patients treated with the drug. In fact, the majority of studies were negative.”